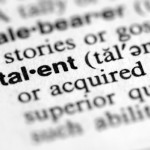 While the Covid-19 pandemic hits and reshapes companies, industries, national economies, and our society in previously unthinkable ways, business leaders need to think beyond survival to the opportunities this crisis might create, not only for their own organizations but the greater good. Chief among these is a chance to hire talented people at a time when they might have trouble finding or keeping jobs elsewhere.

According to The Economist, four-fifths of CEOs worry about skill shortages — up from half in 2012 — while outside hiring at the top reached record highs, causing business for large global search firms to increase by 9% to 15% last year.

Now, many companies are laying off workers and downsizing. Some sectors are collapsing. It seems an unprecedented number of people, around the world, from new graduates to seasoned veterans, will be looking for employment. At the same time, a major force that had been fueling the intensity of the war for talent — globalization — might recede. As companies revisit their international expansion strategies and cross-border business practices, workers are recalculating their personal purpose and individual and family priorities, with serious implications for their geographic and work preferences and travel habits.

The pool of available talent is suddenly both changing and expanding, and visionary leaders can make the most of it, preparing the ground for post-crisis recovery and growth. As management guru Jim Collins has shown us, making the leap from good to great starts with getting the right people on the bus.

Throughout history, economic hardships have created windows in which exceptional employees and leaders are widely available for a limited time. In the late 1940s, for example, many organizations were struggling. At Hewlett-Packard, the fledgling electronic equipment maker that would eventually become one of America’s best-known technology companies, business was slow and finances strained. But as legions of great engineers streamed out of closing or soon-to-close U.S. military labs, HP’s legendary founders Bill Hewlett and Dave Packard realized they couldn’t let such an amazing hiring opportunity pass them by. When asked how they could afford to keep taking on new people in those difficult years, their answer was simple: “How could we afford not to!”  Years later, when asked about the biggest contributor to HP’s success over the years, they routinely cited their willingness to invest in talent no matter the external economic climate.

While most of us become short-sighted and irrational during crises, the best leaders and organizations stay calm and use them to their advantage, sprinting away from their competitors and never looking back. To use another analogy, they bring in architects to plan the new building even as the firefighters work to save the old one.

Harvard Business School’s Ranjay Gulati, Nitin Nohria, and Franz Wohlgezogen considered the benefits of this kind of long-term thinking in an analysis of 4,700 companies across the last three recessions. They discovered that 9% were able to come out in much better positions than they entered because of their “progressive” focus. They did cut back, but were extremely selective about when and where they did so and, more importantly, they continued to make strategic investments. Rather than thinking in “either/or” terms — you’re either hiring or you’re downsizing — they, like HP following the war, embraced the “and,” understanding they could do both things if they were smart about it.

Unfortunately, most companies make the mistake of uniformly freezing hiring in downturns. During the 2008 global financial crisis, BCG and the European Association for People Management surveyed 3,400 executives, including 90 senior human resources leaders in more than 30 countries, to see how they were responding. The most frequent action (or reaction) was to scale back recruiting. At the same time, survey participants rated the selective hiring of high-performing employees from competitors as one of the three most effective responses to the previous crisis (from a list of 22) and the one with the best impact on employee commitment. This irrationality is widespread. Those who stay rational can capitalize on it.

So, how should visionary leaders go about capturing this once-in-a-century hiring opportunity? Through urgent and disciplined engagement in several initiatives:

These will probably be individuals they frequently deal with (as suppliers, advisors, clients), or even assessed as past potential candidates. In your next executive team meeting, discuss everyone’s selections, rank them in terms of attractiveness for and to your company, and agree on who to contact. It’s possible that many will now be open to considering an offer because their circumstances have changed. One of the best staff hires I ever made for Egon Zehnder was a brilliant young executive I’d previously met in Latin America whose career I had tracked closely for more than 10 years. He’d told me he would never consider joining the executive search profession. Yet, two decades ago, at a crucial time in his career as a CEO of a sizable company, the time was right. I asked, and he came on board. He has since become a global partner and office leader in his home country, as well as playing all sorts of key global roles.

Set up a task force to source potential candidates from target sectors and companies who may now be either jobless or open to change.

Jeff Bezos, founder and CEO of Amazon, has repeatedly stated that the company’s high hiring bar is a critical factor in its success. When many years ago I spoke at one of its global recruiting summits, I met an army of hundreds of Amazonians dedicated to exactly that: bringing in the most promising new hires from target sectors and companies. One of them specialized full time in the military sector, in his view one of the best sources of talent in the United States. All companies should bring this level of focus and discipline to sourcing potential candidates, especially during this period. Insist that your senior HR leaders step up their efforts and purposefully assign some of your top-line managers to scout for outstanding people in key functions, particularly ones coming from hard-hit sectors such as airlines, hotels, and recreation, or start-ups that might already be faltering in the face of recession.

Interview and check references remotely with the same rigor you would in person.

Thanks to modern technology, we have the ability to replicate all of our traditional hiring processes and procedures in remote, physically distanced settings. Telephone calls and video conferences are a must. And then follow the same guidelines for great recruitment experts have described for years. Outline the qualities and competencies you’re looking for in a new hire before you start; at this time of flux, I would give heavy weight to soft skills, including inspirational leadership, change management, collaboration, and influencing, as well as the potential to keep growing, learning, and adapting to new circumstances. Such potential will stem from their curiosity, insight, engagement, and determination, on top of the right motivation. Ask behavior-based questions, such as “Could you tell me about a time you led your team through a big transition?” Record your thoughts and observations about how the person measures up to your initial metrics as soon as you’re done. Bring in more than one but not too many interviewers and compare notes with them. And carefully check references. Decades of social research have concluded that third-party opinions are much more accurate than individuals’ own views of themselves, particularly for soft skills.

Go out of your way to motivate the best candidates.

Once you are convinced that you have the opportunity to bring in someone you really want, arrange to have the person speak to senior leaders who can share their love and passion for your company and describe the value they hope to build with the new colleague. Pay can be important but research shows that what truly motivates knowledge workers is a high level of autonomy, mastery, and purpose. In these trying times, flexible work arrangements will no doubt continue to be key, as will the chance to keep on learning and growing while working to build something larger than ourselves.

Don’t ignore the sourcing, retaining, and development of in-house talent.

This is also the time to carefully review your existing key players, stay closer to them than ever, assess their skills and knowledge in light of the revised outlook for you sector and company, and help them move from potential to success with targeted development plans including the right type of stretch assignments, which often arise from crises. During the 2001 economic collapse in Argentina, in which annualized GDP fell by 30% coupled with a 300% currency devaluation, I was contacted by an American bank operating in the country. It had lost more money there in a few weeks than it had made in cumulative profits over the previous century. And yet, at that point its leaders asked me to set up a retention plan for its top executives in Argentina. Their reasoning? Because of the bank’s situation, competitors would be targeting their talent; however, those were the very people they still needed to recover some those monumental losses.

This pandemic has created unprecedented trauma around the world. The economic fallout will be equally painful for many. It can be tempting to focus on the short term of crisis management. But when we emerge from this unfolding tragedy, it will be the long-term thinkers who not only survive but thrive. If your organization is well-capitalized and visionary enough to hire for lasting greatness, now is the time.