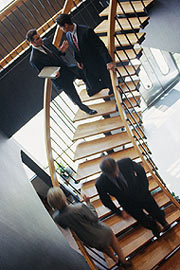 In its new report on state of the hybrid workplace, Microsoft says successful companies are backing off of office mandates

The hybrid work world has been a reality for several months now, but whether it’s working well is really a matter of debate. A new report from Microsoft, entitled “Empowering your workforce in economic uncertainty,” checks in with both employers and employees and finds there’s a definite divide between management and worker perspectives.

The study gathered data from a survey of 20,000 people in 11 countries, as well as incorporated anonymized and aggregated data from LinkedIn and Microsoft 365. What it found was that, when it comes to perceptions on productivity these days, there’s a huge chasm.

Some 87% of employees say they’re productive at work these days, but 85% of leaders are less sure of that. The change to a hybrid work environment has made it challenging for managers to know with confidence that people are being productive.

“What I’m finding, quite frankly, is leaders have tools they’ve developed through their careers to measure how productive their employees are–and without a physical workspace, many of those tools are inaccessible,” Jared Spataro, CVP of Modern Work at Microsoft, tells Fast Company. “So, there is a question of, in this new era, how do we look at productivity? We need to pivot away from looking at activity and looking at outcomes. But this productivity paranoia is really about activity.”

The paranoia comes from two sets of people who have different challenges. Managers, Spataro notes, have not been given a hall pass when it comes to results. They’re still expected to hit higher earnings goals, etc., which creates stress. So, their expectations haven’t changed during the past couple of years.

Workers, though, have undergone significant changes, both emotionally, in terms of things like a deeper examination of work/life balance and what’s worth it to them, and practically, as many have migrated in the past few years, taking them far away from their offices.

GETTING PEOPLE BACK WITHOUT A FIGHT

Getting people to return to the office has been a struggle, of course. And, once again, that’s largely due to different perceptions between workers and managers.

Microsoft’s study found that 84% of people would be motivated to come into work more frequently by the promise of being able to enhance connections with coworkers. But most bosses are trying to use corporate policies to force them back, rather than using those human connections as leverage.

“It turns out that in person connections with the person that [you] work with are the biggest draw,” says Spataro. “They’re bigger than tacos. The idea that I can actually connect with my coworker really, really matters.”

Workers are demanding flexibility, which is how the hybrid work week has come into vogue. But Spataro says he thinks, ultimately, the workplace will be looking like the office we know from the pre-pandemic days, but with a lot more flexibility.

As an example, he says the most successful companies are the ones that are backing off demands that workers be in the office a certain percentage of the work week. Instead, they create times of the week where workers have the opportunity to be with each other—and strongly urge everyone to be there at that time, while acknowledging the sacrifice that will require.

“To use a sports analogy: You have to be able to tell the player: ‘We recognize certain things are going to be great for you,’” he says. “That’s mostly flexibility. ‘But if we’re going to win as a team, sometimes we’re going to do things that won’t always be convenient to all of us.’ And that’s things like commuting. . . . I’m seeing that happen, but only where leaders are strong and perceptive. They have to persuade the employees that what’s good for the team, over time, will be good for them too.”

One of the other big takeaways of the report is workers are doing more mental calculus these days: They are asking themselves, “Are they becoming more valuable at their jobs or are they stagnating?” If it’s the latter, they’re more likely to walk away.

That puts the onus on employers to give workers opportunities to learn and grow. In fact, 76% of the people surveyed said they would stay at their company longer if they had more learning and development. If they don’t feel senior management prioritizes that, however, they’ll move on to other positions.

Bridging the gaps between current employee mindsets and managers should be a critical priority for companies, he adds. At the end of the day, people are essential to a company and the more engaged and innovative they are, the better off it is for everyone.

“Do you have a relationship of trust between the manager and employees?” asks Spataro. “After all of our research, the idea that we have landed on is the idea of social capital. Just like you can think of financial capital being a thing, there’s such a thing as social capital that makes an organization run. It makes any group of people doing things together run.”