Having the right talent in the right roles is essential for a successful business strategy. Strategy execution demands a thorough evaluation of not only people, but also of their roles and responsibilities, their impact and their alignment with the company’s business goals.

Corporate leadership and business leaders focused on strategy execution need a talent assessment program that functions as an extension of their strategy planning that addresses the following thoughts and processes:

When planning changes to your staff, consider the following timing considerations:

Talent processes linked to business strategies offer a considerable competitive advantage. Streamlining the implementation of the timeline, understanding the talent implications of your strategy and recognizing the talents you have and don’t have are critical to successful strategy implementation and differentiating your organization from the competition. 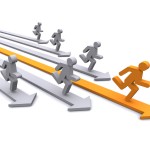 Services offered: Our client offers strategic Business Process as a Service (BPaaS) solutions that are tailored to help our customers across industries to run, change, and grow their businesses, while enhancing the end-user experience across channels.

If this could be of interest , please let me know

END_OF_DOCUMENT_TOKEN_TO_BE_REPLACED 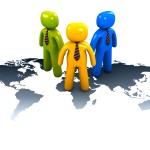 Most of us are so digitally connected that we have become utterly disconnected.

Michelle, the COO of a multinational corporation, was one of the most respected executives in her industry. A true workhorse, she was famous for her ability to multitask and constant online presence. While her staff admired the way she worked, they felt pressured to do the same. Recently, several of them were signed off from work, citing burnout, and two others had handed in their resignation.

During a session with her executive coach, Michelle described how she exercised every day before going to the office and used that time to discuss work with colleagues over the phone. Similarly, she optimised every minute of her travel time in her car or on planes. Any spare time was devoted to maintaining a strong presence on LinkedIn and other social media. She took pride in replying to all the messages and comments she received.

Michelle wondered whether this busyness had begun to hurt her ability to concentrate and think for the long term. She found it hard to sleep at night and had a creeping sense of feeling overwhelmed. She believed this caused her to make more mistakes and be less productive than usual. “Could mindfulness training be of help?”, she asked.

The heavy toll of tech-enabled productivity

Given Michelle’s work habits, what is happening to her and her team should come as no surprise. They suffer from technostress, the inability to cope with the digital world in a healthy manner. Digital technology was supposed to make us more productive – and it has to some extent – but those benefits have not come without costs.

The combined pressure of constant virtual presence and continuous information bombardment have had negative consequences on our health. Aside from creating potential work overload, technostress has paved the way to anxiety, feelings of frustration, job dissatisfaction, poor job performance, absenteeism and retention problems. Burnout and mental health problems, including digital addiction, always lurk in the shadows.

When RescueTime (a time management software company) ran a survey on the use of digital technology in the workplace, only 10 percent of respondents said they felt in control of how they spend their days. Data from more than 50,000 RescueTime users showed that people have only 1 hour and 12 minutes a day when they aren’t using communication tools or being distracted by them. The survey also found that 70 percent of employees keep their inbox open all day and only 20 percent have a deliberate strategy for dealing with their e-mails.

The tricks our brains play on us

Why are we obsessed with being constantly connected? Why do we find it so hard to resist the beeps and alerts of incoming messages and notifications? Obvious explanations include the fear of missing out, the need to feel (or be perceived as) productive, procrastination and the compulsion to feel connected in an increasingly virtual world. The latter is especially true for senior executives who often suffer from the loneliness of command.

Underlying these motivations are deeper biochemical and psychological forces which bear a strong resemblance to those seen in gambling addiction. Just like compulsive gamblers who live for the thrill of the occasional win, we feel compelled to constantly check our inbox as it may contain a message we are eagerly awaiting or some other “nice surprise”. In both cases, random rewards stimulate the release of dopamine, a feel-good neurotransmitter that motivates us to repeat the triggering behaviour.

In the corporate world, there is a growing awareness that people must disconnect in order to carve out time for reflection. This shift is great news, but we must guard against quick-fix solutions. For example, a high performer like Michelle cannot work manically and then expect a few mindfulness sessions to save her from impending burnout.

The challenge for people like Michelle is to learn how to keep technostress at bay. This requires self-control. Leaders must create environments that satisfy the human need for connection while also enabling their people to disconnect at times. It is about recapturing what was once a sacred space – the one reserved for reflection and creative thinking.

To free themselves and their staff from the prison of technostress, executives must define clear boundaries for how and when to use digital communication tools. This could include guidelines about appropriate response time to different types of contact. Some suggestions are:

Another measure to combat technostress consists of a brief, automated e-mail response indicating that the message has been received but will only be addressed within a particular time frame (e.g. at a specific hour in the morning and in the afternoon).

There is a difference between a lightning-fast response and one that really adds value.  In this context, it is also worthwhile to clarify that nobody in the office is expected to know everything.

It is up to leaders to promote a “work-smart” mindset that advocates taking breaks for reflection. Even when it seems that we are not doing anything, our brains are often working on important issues surreptitiously.

Considering this reality, is your commute really the time to check messages or call team members and clients? Or should it be ‘news’ time, a space to disconnect from work while staying abreast of political and economic developments? Could you use this time to read some fiction or just look out the window and enjoy the scenery?

If you can’t block time alone for reflection when you’re in the office, why not step outside to get some fresh air and have a stroll? A short nap can also be very helpful, as it is a proven way to restore our alertness, memory and decision-making ability.

There are many ways to disconnect from the virtual world to create the headspace needed to engage in truly important activities, such as rethinking corporate strategy or creating a vision for the future. These moments of deliberate disconnect are a countervailing force against dopamine-driven, compulsive behaviours.

Executives should do everything in their power to avoid becoming digital roadkill. They would do well to realise that the more digitally connected they are, the more they disconnect from their fellow human beings. Although communication tools have their uses, face-to-face interactions have the most potential for meaningful and durable impact. 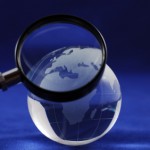 Enterprise leaders are under increased pressure to pivot their businesses to meet the needs of consumers and ensure operations are agile enough to support these needs. Yet, the engine room of most organizations’ services — global business services (GBS) — often struggles to do little more than apply cosmetic changes that fail to address the complex changes really needed, placing the future of many GBS leaders in jeopardy.

Over the past couple of decades, GBS has been a key operational lever enterprises could use to balance efficiency, cost savings, and quality of internal services. However, organizations are increasingly expanding this remit to include a new dimension — a source of innovation and agility across the organization. We used this to change the old IT adage, “We offer three kinds of IT services: good, cheap, and fast. You can only have two.”  We replaced “fast” with “innovative.” You can have innovative and good, but it won’t be cheap.

Crucially, the common GBS criticisms we hear are linked to innovation and agility—the very areas enterprises are looking to expand. Typically, these complaints stem from GBS’ inability to: END_OF_DOCUMENT_TOKEN_TO_BE_REPLACED