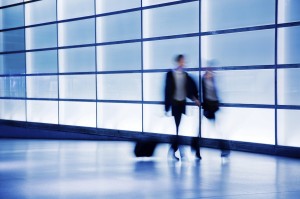 They say it’s lonely at the top. But in the workplace, even team members are feeling lonely.

Firms should see loneliness as an organizational issue, not a personal one. Aside from being associated with an array of health problems, loneliness reduces work performance and creativity. It also turns employees into poor decision makers. Firms with lonely employees can ill afford to ignore the problem. Especially when the problem is due in large part to the way teams are designed.

Through our executive education and consulting work, Constance Hadley and I had the opportunity to conduct two research studies on the link between social isolation and team design. We ran our first survey, which involved 223 global executives and managers, in December 2019 and January 2020, well before the pandemic-triggered a shift to work from home. The results surprised us. Even though these executives were part of an average of three teams at the time, 76 percent said they struggled to make connections with their teammates. More than half felt that their social relationships at work were superficial.

In April 2020, we sampled a different group of 275 global executives. Nearly three quarters of them were part of at least two teams. One fifth belonged to five teams or more. As work from home had started for most, feelings of loneliness and social isolation were common. But the findings of our first survey made one thing clear: Solving the problem wasn’t a matter of waiting for in-office work to resume. The pandemic merely highlighted issues brought about by work environments that have drastically changed in the last 30 years.

With globalisation, teams have spread around the world, advancing projects via a mix of synchronous and asynchronous communications. To better serve the needs of round-the-clock businesses, teams have evolved to be more flexible than ever. Four inter-related workplace features have emerged:

To keep overhead low and maximise flexibility, team membership is increasingly fluid (also a hallmark of Agile approaches). As a project goes through different phases, the size and composition of teams are adjusted to better match the current needs of the project. Making matters more complex, we find it is not always clear to team members who is on the team at any given time, as people move from one project to the next.

Members are brought onboard to tick certain boxes. For instance, Mo joins a team because he’s “familiar with the new billing system” and Lee, because the team needs “someone from procurement”. Everyone is just a tiny piece of the puzzle and we bring them into a team not for their complete skillset but often for a specific ability. Again, adding complexity, different people in different time zones sometimes share responsibility, on a rotating basis, for tasks involving the same narrow set of skills.

Teams are also increasingly stocked with part-time members who are fulfilling a given role on multiple teams at the same time. Employees are constantly juggling a great many competing demands as they split their time and attention across a myriad of projects.

People used to work with the same people for long blocks of time (months if not years). Now teams can form and disband within just a few months, sometimes even just a few weeks. This is particularly true of Agile teams, but business development or market strategy projects often last for only a brief period.

The impact of these characteristics

Combined, these four team characteristics are intended to help organisations to be faster, more flexible and more efficient. There is something in it for employees, too: Fluidly participating in a number of teams can give them greater autonomy and exposure, thus contributing to their own growth and development.

However, there is a cost. Modern teams also tend to lead to short-lived and superficial relationships. There isn’t enough time for people to form true human connections. When people feel interchangeable, don’t even know exactly who is on their team, or continuously join short projects, developing social connections became an elusive task. Making matters worse, people feel lonely and think they are the only ones suffering from loneliness.

How firms can alleviate workplace loneliness

While not every team has the above characteristics and not everyone on such a team experiences loneliness, our research shows that the problem is widespread and growing. Making matters worse, many managers are unfortunately approaching this issue as their employee’s problem, rather than what it really is: a structural issue that similarly requires a structural solution. We suggest managers address the structural drivers of social isolation through the following tactics:

Establish a benchmark and track it

We all know the adage, “If you can’t measure it, you can’t manage it.” Some simple survey tools can help. For instance, researchers have created self-reported scales that can help an organisation benchmark and track loneliness among its staff. Of course, we also recommend managers talk to their staff and develop “antennas” for their well-being. This is especially important in the context of remote working.

We find that having a recognised “home” helps. Such teams could be based on where people spend most of their time or on shared affinities and interests. The idea is to provide team members with an authentic community filled with a stable roster of colleagues, allowing relationships to flourish. Workflows should ensure that employees can dedicate about half of their time to that core team, with some assurance that the time horizon won’t be a matter of mere weeks.

Even if a monitoring system and core teams are in place, managers must still take on added responsibility for their employees’ well-being. Part of their compensation should reflect the care they put into fostering satisfying relationships among staff. Periodic check-ins should become a part of the culture, not a one-off.

The social fabric of the workplace has degraded in recent decades. It is now up to firms and their managers to combat the ill effects of modern team designs on the emotional well-being of employees – without throwing the baby out with the bathwater.