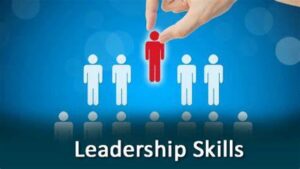 It is unwise to select leaders on the basis of their likability, especially if it means neglecting other more important predictors of leadership effectiveness.

As the millions (or is it billions?) of people around the world who dislike their bosses will surely know, it is generally preferable to work for someone you like. If this statement isn’t obvious or intuitive enough, then consider some basic research:

And yet it is unwise to select leaders on the basis of their likability, especially if it means neglecting other more important predictors of leadership effectiveness, such as expertise, intelligence, and, indeed, integrity. Consider the following problems:

Likability may mask dark side traits. Particularly when we rely on intuitive inferences of likability, such as when we judge whether a job candidate comes across as warm, socially skilled, or charismatic during a job interview, perceptions of likability can conflate many toxic traits. For example, many narcissistic psychopaths interview really well, no doubt due to their polished social skills, fearless bravado, and willingness to manipulate others unscrupulously.

Likewise, those who master the art of impression management will not just be classified as likable during the job interview, but also once they are hired for the job. A relatively unknown (and unpopular) fact is that what we call emotional intelligence is often just impression management, as this large-scale meta-analysis indicates.

Even when likability isn’t confounded with dark side traits, it can lead to mindless conformity. We tend to like people who are nice, polite, rule-abiding, and good at adhering to a dominant social etiquette. Likability is particularly useful in followers, whether they are students, employees, or citizens.

However, leadership must encapsulate an element of nonconformity. Nobody is a leader to keep things as they are, or perpetuate the status quo. As Insead’s Gianpiero Petriglieri notes, great leadership is always an argument with tradition, a fight with the past.

Leaders must be a nexus between a past that should be overhauled or upgraded by a better future, which they must create. Most of the extraordinary innovators who account for a disproportionate percentage of technological, social, scientific, and economic progress in civilization are far from likable.

Understanding this will help you realize why people like Steve Jobs, Elon Musk, and Bill Gates are dispositionally unemployable. And in the case of brilliant female entrepreneurs, it is often overt sexism that impedes their access to leadership positions in established organizations, so they have no other alternative but to start their own business.

Results should always matter more. It is a leader’s track record, their competence, and performance we should focus on. And the only way to evaluate a leader’s performance is by looking at their impact on their teams. How results are achieved matters a great deal, not just what leaders achieve.

Leaders who are overly focused on being liked, popular, or nice will probably fail to get the best out of their teams. For example, leaders who like to be liked may shy away from difficult conversations; tell people what they want to hear, rather than what they need to hear; and suck up to their bosses.

In the long run, their people won’t know for what they stand. The leader will not come across as authentic and will fail to direct their people and drive teams into high-performance mode. None of these things will happen if leaders are obnoxious or brutal, but being a crowd-pleaser or a populist is probably equally ineffective.

A final point to consider, particularly if you are interested in cultivating a diverse and inclusive organization, is that likability, just like culture fit, will generally perpetuate certain norms—certain standards that erode rather than unleash the richness that each individual may bring to a team and organization.

We tend to like what is familiar, which is why most people are naturally inclined to hire in their own image. It is a socially acceptable way to display our own narcissistic tendencies.

What we need to learn—and it isn’t easy—is to broaden our horizons, to expand the range of parameters that we apply as a model or reference for what is good and what is bad, for what is nice and what is not.

We need to learn to understand and accept people who think and act and feel very differently from us. In that sense, the biggest opportunity is to learn to like, or at least understand, those who we don’t. A side benefit of this is that it will actually make us more likable, as well as become more complete and interesting human beings.