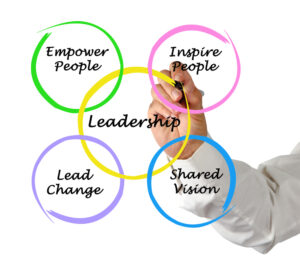 If an executive had fallen asleep in 2019 and just woke up, she wouldn’t recognize the business world of November 2022. The COVID-19 pandemic rewrote the rules, and now a new and potent disruption seems to arrive every other day. You know the list of issues; we won’t go through them here. Suffice to say that managing complex organizations is much harder today than it was just a few years ago. And the hardest task of all for CEOs is to decide what needs to be done now and what can wait.

In short, what matters most today? Just as we did last year, we’ve spoken with hundreds of leaders this year and found six priorities that feature prominently on CEO agendas worldwide. They’re the moves leaders are taking to shore up defenses and gain ground on rivals—which is very different from the purely defensive agenda that many companies are following.

Start with—what else?—resilience. No doubt, it’s a corporate buzzword, but if you strip away all the extraneous baggage that the concept has collected, resilience is emerging as a vital “muscle” for companies operating in a world of endless volatility and disruption. The pandemic asked companies to move much faster. Now inflation seems to be here for the duration, thanks in large part to depleted supply chains, especially in energy. That’s causing companies to deploy their newfound speed across all six dimensions of resilience: finance, operations, technology, organization, business model, and reputation. US companies are pursuing one path; European companies are responding slightly differently, as befits their circumstances. For CEOs, the overriding question today is: How resilient is your company? END_OF_DOCUMENT_TOKEN_TO_BE_REPLACED 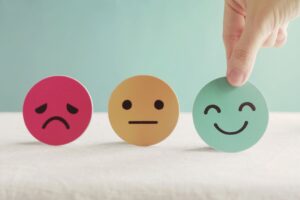 Employees will be more willing to take them (and you’ll actually get value of you do these things.

Although technology enables us to meet and be successful virtually, it doesn’t work so well for gaining insights that help leaders understand how their workforce is doing and where they need to make changes.

In an effort to close this gap and understand what employees want and need, many companies have doubled down on surveys. But in many instances, they’re exhausting this line of communication due to a lack of strategy or action.

While it’s important to know what your employees are thinking and feeling, too many surveys with too little action can have massive ramifications on an organization, especially when it comes to cultivating a great company culture in a remote or hybrid environment.

Some lessons you learn the hard way; we at Okta are no different.

In the past two years, we’ve gone from sending our employees a regular pulse survey—almost every week—to a more intentional approach, which has proven to provide us with richer insights. While our initial intentions with the weekly surveys were good––focused on employee morale during the pandemic—we found that employees would eventually tune out and avoid taking them. It wasn’t the right approach.

Employees want their voices heard but don’t want that to happen through a relentless bombardment of impersonal surveys. They also want action based on survey responses.

An intentional approach to surveying rests on what employers do after the survey. Leadership needs to take action based on the survey findings. When you start to see trends in responses, it’s time to make a change. For example, if a large number of U.S.-based team members ask for retirement plan support, consider rolling out a 401K match program. This is change that we made based on our annual employee engagement survey.

When we do this survey, we also make a big deal out of it and the results. Our CEO speaks about it at all-hands meetings, and teams have meetings to discuss the results and what needs to change. One of the outcomes of recent engagement surveys was what we call Oktappreciate, an appreciation tool we rolled out because we heard employees wanted a way to be able to appreciate each other more while not physically with each other. END_OF_DOCUMENT_TOKEN_TO_BE_REPLACED

BY SHANNA A. HOCKING

Who is the best boss you ever had? What made this person the best boss? I’ve been fortunate to work for many amazing leaders throughout my career, and I’ve learned from all of them about the kind of leader I wanted to be. I’ve also worked for not-so-great bosses who made my work life very difficult, and, well, I’ve learned from them, too.

Many leaders believe their role is to mold their team members into what the organization wants. Or worse, into mini versions of them. This will only get you so far.

It’s an incredible privilege to lead people, to be responsible for developing future leaders. My goal as a boss is to support employees in being the best version of themselves (as defined by them) and help them reach their potential. As a leader, I want to bring out the strengths already within my team members and help them live their why.

This doesn’t mean I’ve always been the best boss. Despite my best efforts, I have unintentionally shut down conversations or rushed people along. I’ve held back on feedback because I didn’t want to hurt someone’s feelings, which ended up becoming a bigger deal later. All of that to say, being the best boss doesn’t mean being perfect. It means continuing to show up as the best leader you can be, because you want to serve others. Sure, it takes extra effort to understand what people need from you as a leader; help them feel valued; communicate what’s on your heart, even through uncertainty; and be truly inclusive. And when your team thrives, you’ll know it’s all worth it.

YOUR ‘ABOUT ME’ DOCUMENT AND USER MANUAL

As I transitioned into a leadership role, I read about and reflected on the kind of leader and colleague I wanted to be. Around that same time, I came across an article that explained the concept of a User Manual, which is really just a description of the best way to work with someone. The piece, written by Abby Falik, founder and CEO of Global Citizen Year, who learned about the concept from an article by Adam Bryant, the former “Corner Office” columnist for The New York Times, really resonated with me, as I wanted to help my new team understand who I am and how I approach my work, so we could build trust faster and I could learn how to best support them.

After reflecting on Falik’s post, I spent time writing my own thoughts about my leadership style and values, and I sought input from others on what they wished they had known about me earlier on. From there, I developed what I call an “About Me” document, which I shared with my new team in a group meeting in my first week on the job. Since that meeting, it’s become a foundational part of my leadership approach.

Creating your own About Me document can build trust and clarity with a new team or with a team you’ve worked with for a long time, particularly as a reset in the remote/hybrid world. Don’t take for granted that you know each other at work. Ask people to tell their own story.

Here are parts to the About Me document and prompts that will help you create your own.

END_OF_DOCUMENT_TOKEN_TO_BE_REPLACED

“Change is the law of life,” said John F. Kennedy, “And those who look only to the past and present are certain to miss the future.”

By nature, we humans – along with virtually all other creatures – like what we know and distrust what we don’t; seek our comfort zones and shun our wilderness experiences; prefer the familiar and fear the unknown.

Now, if each one of us is that way (until, of course, we learn to value newness, uncertainty, and ambiguity), then dealing with an entire organization of skeptics could be a Sisyphean task.

That’s all the more reason to approach change in a planned, thoughtful way. As we will never again live in a world without significant change, here’s a suggested nine-step road map, especially when change has to be interventional.

1. Establish the sense of urgency. If change is not needed, either is leadership. Status quo – sometimes a good thing – requires great management. But the minute change is needed, it becomes urgent, and great leadership steps in. Urgency creates momentum, and the gloomy alternative is inertia. Great leaders treat change as an urgent matter, even tough much change is slow and gradual. Deciding on that change is where the urgency is.

2. Create a steering/guiding coalition. Given either the fear of or the resistance to change, not just on the part of humans but of most creatures great and small, a small core of influencers at what could be different levels of the organization should be established to conceptualize this change and agree on how it will begin, unfold, and ultimately take shape.

3. Gather diverse but not uncontrollable input. That you need input here is a given. What it should look like and be like is the real issue. It should not be monolithic, because, as it is said, if everyone is thinking alike, only one person is thinking – and that leads to the always dangerous and almost always disastrous phenomenon: called groupthink. On the other hand, you don’t want wild, uncontrolled anarchy here either, as that will likely derail the process right here. Exciting, energetic, and even competitive ideas crashing into each other are what you’re after at this point. END_OF_DOCUMENT_TOKEN_TO_BE_REPLACED

Employees are putting employers on notice. By “quiet quitting” or flat-out resigning, the U.S. labor force is sending a clear message about its priorities and expectations. According to a Gallup survey, half of the country’s employees define themselves as “quiet quitters,” or people who get the job done without going above and beyond.

This trend comes in the wake of a tidal wave of actual resignations, with more than 47 million people leaving their jobs last year as part of the ongoing Great Resignation. In other words, employee stressors and demands are evolving. Work/life balance, holistic wellbeing and workplace culture matter more than ever, and HR leaders now have the opportunity to look at the big picture and mend the gaps in culture and employee benefits. Here’s how employers can learn from these trends, foster engagement and ultimately boost productivity.

Understand the root causes of disengagement

In a pandemic-hued world compounded by an economic downturn, employees are struggling with everything from added workloads, increased anxiety and childcare woes, to inflation and market volatility. So, the simple answer to why people are “quiet quitting” is their desire to avoid high stress and burnout by taking work/life balance into their own hands. To address this growing workforce need, employers need to evaluate how they are fostering employee wellbeing in all its interrelated forms: mental, physical and financial.

While the pandemic brought mental wellness to the forefront, financial wellbeing is increasingly top of mind for employees. According to BrightPlan’s 2022 Wellness Barometer Survey, financial stress is the biggest source of worry for employees (72%), which affects other dimensions of wellness. For example, PwC’s recent survey found that anxiety about finances impacts mental health, sleep, self-esteem, physical health, relationships at home, and productivity and attendance at work.