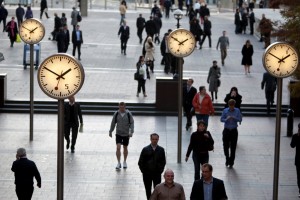 By assessing the personality traits of their team members and adapting hybrid work arrangements to fit their needs, managers can optimize team-member performance in a win-win for all.

Many employees excel in hybrid or even fully remote work settings, outperforming expectations to deliver outstanding results. Others in the same roles struggle to work effectively outside the office, even if they have the same home office arrangements and are deemed equally talented by their managers.

Such seemingly random differences frustrate and confuse managers. Unsurprisingly, managers focus on the underperformers and end up developing a general mistrust of employee productivity outside the office. It’s no wonder Microsoft research found that “85% of leaders say that the shift to hybrid work has made it challenging to have confidence that employees are being productive.”

Having helped 21 organizations figure out successful hybrid work arrangements and written a book on the topic, I can confidently state that employee personality differences represent one important driver of these seemingly random performance differences. My consulting clients found that by matching hybrid work arrangements to the relevant personality traits of their workers, they can optimize employee performance, resulting in a win-win for everyone involved.

In assessing personality, it’s vital to use the right measurements. Avoid using tests that research shows poorly predict job performance despite their popularity, such as DiSC and MBTI. As the Harvard Business Review reports, “due to limited predictive validity, low test-retest reliability, lack of norming and an internal consistency (lie detector) measure, etc.,” they fail to predict job performance effectively.

The Big Five personality test offers a much better option. It consists of five personality dimensions: Extraversion, Agreeableness, Conscientiousness, Openness to Experience, and Emotional Stability (also called Neuroticism). Psychometrics, the field of psychology that deals with the design, administration, and interpretation of psychological tests and measures, has researched the Big Five extensively. This test has shown a high degree of predictive validity, test-retest reliability, convergence with self-ratings, and ratings by others.

Scientists have found that the Big Five actually does predict job performance. A study evaluating five occupational groups—professionals, police, managers, sales, and skilled/semi-skilled—found that higher Conscientiousness correlates with better performance in all these groups. Extraversion predicted performance for two groups that had especially high social interaction: managers and salespeople. Openness to Experience made everyone better at receiving training. Other personality dimensions also helped predict performance in various areas of work for these different groups. Plenty of other research validated the predictive power of the Big Five test.

Given both the psychometric reliability of the test and its prediction of job performance, I had my clients administer the Big Five to their employees at the start of consulting engagements, along with a survey focusing on hybrid work. Then, as we implemented changes to hybrid and remote work arrangements, we assessed changes in employee performance, as evaluated by managers. We controlled for the employee roles, and for employee self-assessments of the quality of their home offices and working conditions.

The Big Five factor of Conscientiousness—characterized by qualities such as being organized, reliable, self-disciplined, taking ownership of tasks, and showing initiative in problem-solving—strongly correlates with higher performance during the time when employees work remotely.

Those high on Extraversion perform less well when working from home, with a substantial statistical significance (p < .01), compared to working in the office. That’s not surprising. Extraversion is the personality trait describing people who are more sociable, outgoing, talkative, assertive, and energized by others. Those high on Extraversion tend to experience more loneliness and social isolation when working from home. By contrast, the MIT Sloan Management Review finds that in-office interactions for hybrid workers reduced loneliness and social isolation, while improving employee satisfaction.

Emotional Stability also predicted higher performance outside the office with a statistical significance, though to a lesser extent than Conscientiousness or Extraversion (p < .05). Those high on Emotional Stability are calmer, more even-tempered, resilient in the face of stress, and less prone to negative emotions, such as anxiety, anger, and depression.

The time spent working remotely requires staff to do greater emotional self-regulation with less emotional support available from managers and team mates. Moreover, research shows that interacting virtually, especially in text-based communications rather than videoconference calls, leads to more potential for conflict and worsens emotions. As a result, those who are less prone to negative emotions perform better when working remotely.

People higher in Openness to Experience performed better during the time they worked remotely, although the magnitude of difference was lower than for Conscientiousness or Extraversion (p < .05), which is comparable to Emotional Stability.

Openness to Experience refers to a person’s willingness to consider new ideas and experiences, be open-minded, creative, curious, and imaginative. As part of client engagements, I train managers and staff on how to avoid shoehorning office-based methods of collaboration, innovation, and management into hybrid work, and instead adopt best practices for hybrid work.

Those with a lower Openness to Experience score tend to have more difficulty adjusting to hybrid work modalities and their performance suffers, although some are able to improve their performance in a few months, especially those higher in Conscientiousness.

We haven’t found any statistically significant differences in performance between in-office and remote settings for the last factor, Agreeableness. This personality trait refers to a person’s tendency to be cooperative and get along with others, with a focus on compromise and reluctance to engage in competition and conflict. We did see a slight but not statistically significant improvement in performance by people higher in Agreeableness when working remotely, likely because it’s easier to have more conflictual interactions in remote settings, but not enough to make any meaningful adjustments based on the Agreeableness personality factor.

This data helps explain why managers feel frustrated and develop certain stories in their head about why employees don’t work as well from home. We have extensive research showing that overall employees are substantially more efficient working remotely. According to a study conducted at Stanford University, employees who worked remotely were 5% more productive than those who worked in an office setting in the summer of 2020. By the spring of 2022, the productivity gap between remote and in-office workers had increased to 9%. This improvement in the productivity of remote workers is thought to be due to companies becoming more adept at facilitating remote work and investing in technology that is more conducive to remote work.

Or consider a case study of Trip.com, a large travel agency. Some employees in engineering, marketing, and finance roles were randomly assigned to work either fully in-office or part-time remotely. The results showed that those who worked on a hybrid schedule had a 35% better retention rate and the engineers in the study wrote 8% more code, which is a standardized and rigorous indicator of productivity.

Nonetheless, despite the extensive data, managers still feel suspicious of any time their hybrid employees work remotely. They’re not wrong to feel some concern: Some workers do perform less well remotely in the same roles and with similar home office conditions, all due to personality differences. Although the large majority perform better, managers naturally pay the most attention to the poor performers. Or they hear about the greatly exaggerated rumors of remote employees holding multiple jobs and develop the idea that their subordinates are doing so as well. That’s despite the fact that the percentage of workers with multiple jobs is currently at a historic low, at about 4.8% of workers. Prior to the pandemic, it was 5.2%.

Paying attention to the worst news stems from a cognitive bias known as availability bias. This bias refers to the tendency for us to focus on information that is most easily accessible in our memory, which tends to be the most negative information about the bad performers. The availability bias explains why so many people falsely believe planes are less safe than cars per mile traveled. We see and remember news stories about plane crashes, despite the fact that cars crash much more often and kill many more people overall.

Loss aversion is another cognitive bias that plays an important role in focusing on the poor performers in remote work. Our minds are finely tuned to avoid losses, preferring such avoidance to making the same or even greater gains. Thus, managers don’t want to lose the productivity of the underperformers and don’t pay nearly enough attention to the much greater gain from better performers.

Fortunately, these are not insolvable problems.

For example, unless someone is high in Conscientiousness and low in Extraversion, we strongly discourage having that person work fully remotely.

For those high in Extraversion and low in Conscientiousness, and especially if they’re also low in Emotional Stability and Openness to Experience, we suggest that managers have such workers come in several days a week.

If someone is low in Openness to Experience but high in Conscientiousness and low in Extraversion, we ask managers to give them more time to adapt to and learn best practices for hybrid work. That’s because it takes them more time to be trained on these techniques, but in the end, they will likely be more successful when working remotely.

So, can someone who is low in Conscientiousness succeed when fully or mostly remotely? Of course: The trends I described are simply statistical average tendencies. However, it will be much harder for them to be successful. Even if such staff are passionate about working from home, in the large majority of cases their performance will slip once the initial burst of enthusiasm wears out after a few months. I discourage my clients from setting up such employees for failure by depriving them of the structure and motivation benefits provided by the office.

What about someone high in Extraversion? They can succeed in mostly or fully remote work if they get support from their manager and team members while working remotely to help engage and motivate such employees while addressing the threat of loneliness and social isolation. Because such support places an extra burden on the manager and team members, I recommend my clients carefully consider the trade-offs on a case-by-case basis.

Managers don’t have to be frustrated by the seemingly random variation in productivity between the members of their hybrid teams. By assessing the personality traits of their team members and adapting hybrid work arrangements to fit their needs, they can optimize team member performance in a win-win for all.